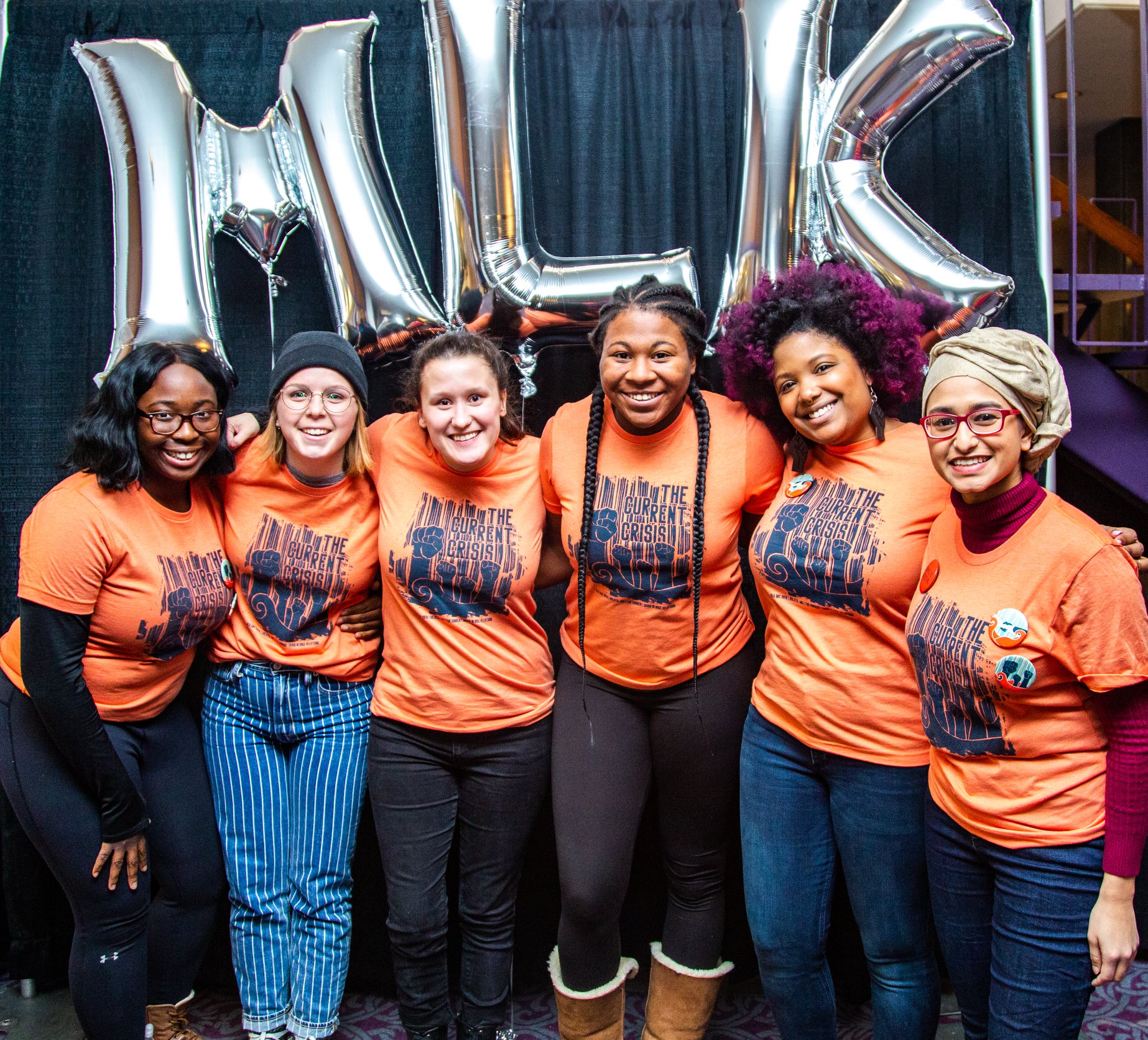 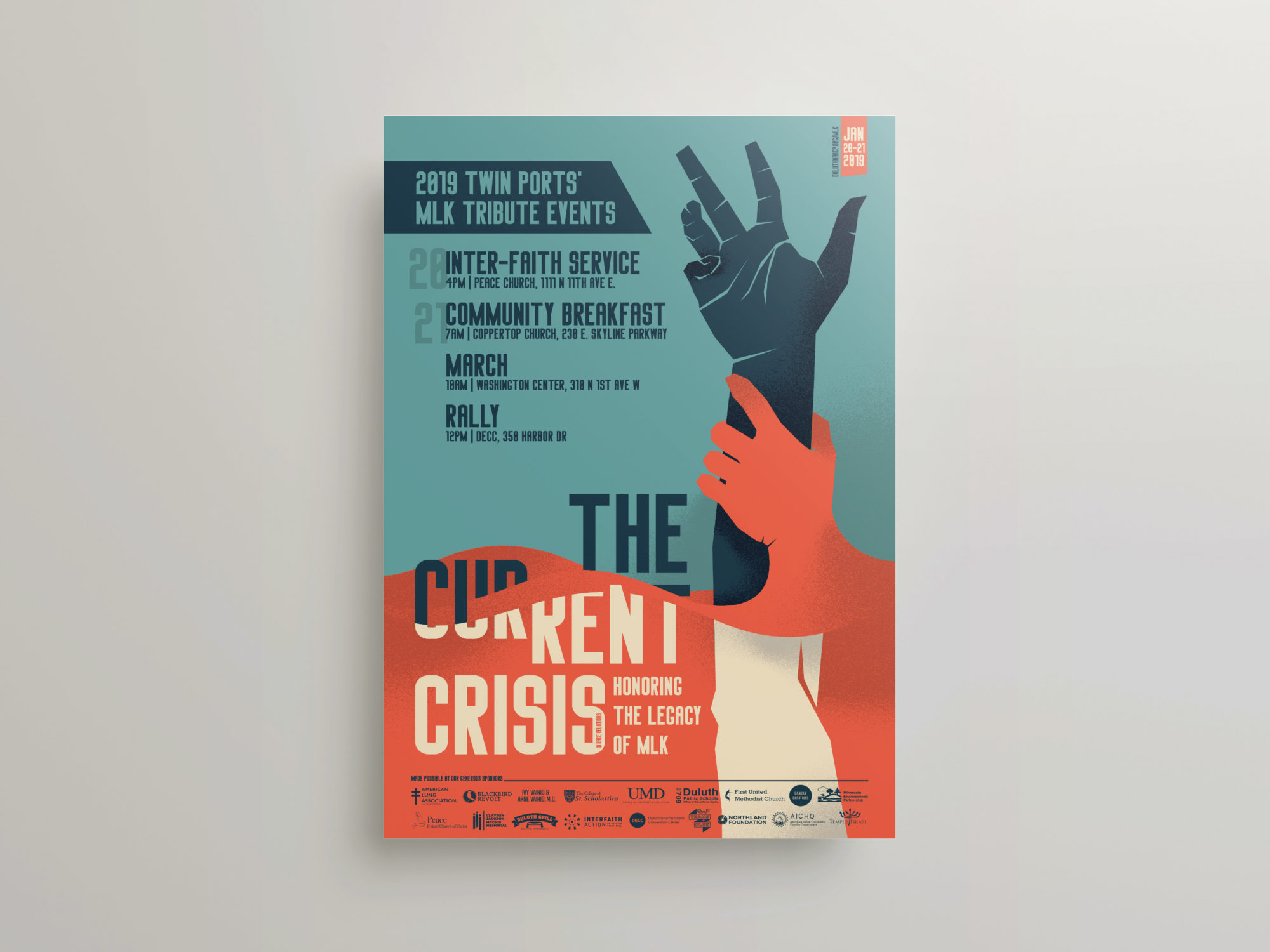 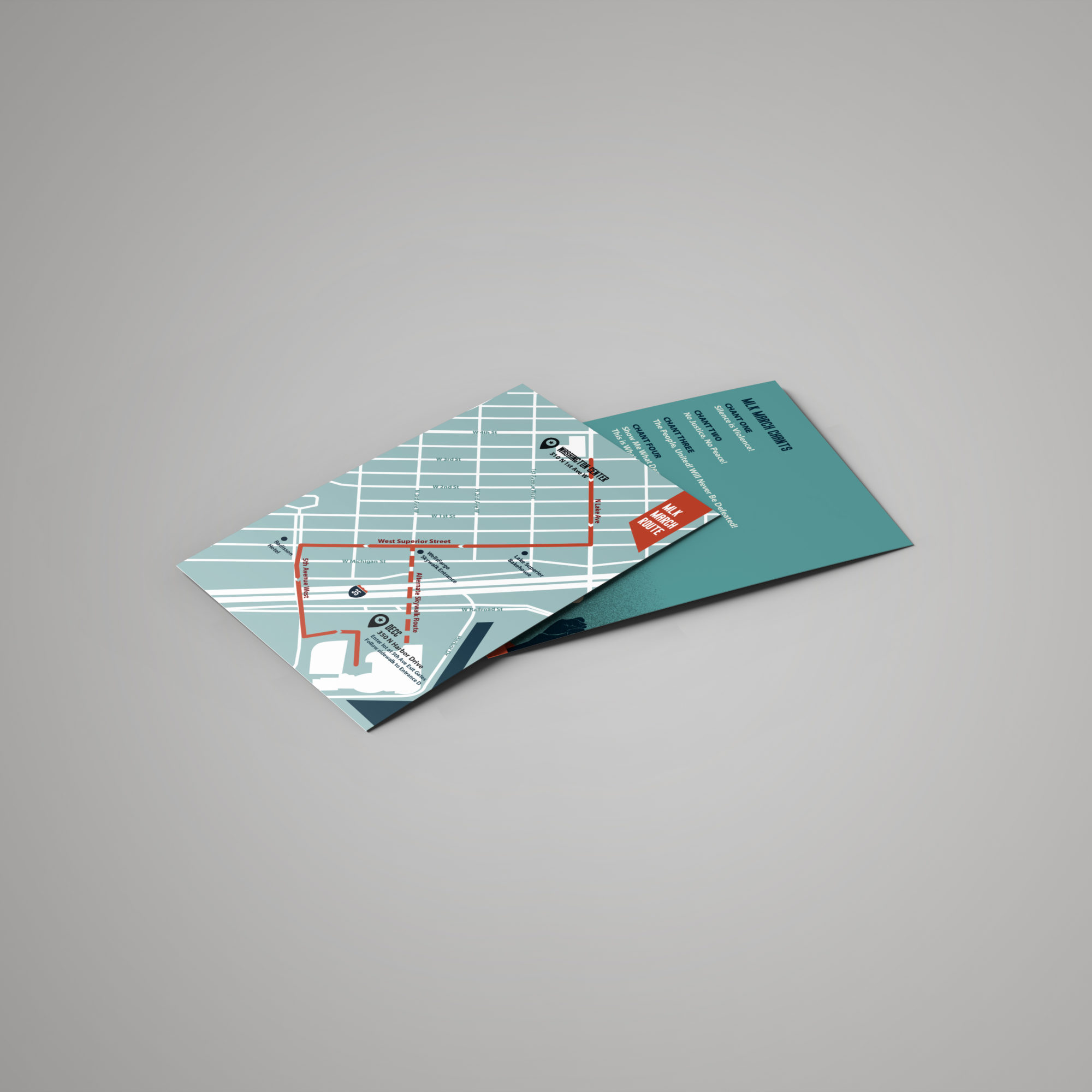 This year, we were fortunate enough to work with the Duluth NAACP to brand the MLK Tribute Events. For the last 2 years we have worked with the organization to select themes based off of the writings, speeches, and teaching of Reverend Dr. Martin Luther King Jr.

This year’s theme comes from an article by Reverend Martin Luther King Jr., submitted for publication in March 1958. In the full title, “The Current Crisis in Race Relations,” King tells us that the crisis had been affirmed by the reactions of the country to the Supreme Court’s decision to integrate schools. King goes on to explain that the crisis not only exists because of White resistance but because Black people saw themselves as equals; making it impossible to accept the system of segregation.

Dr. King speaks to the theological reasoning for nonviolence and integration. He believed that nonviolence was simply Christianity in action –“passive physically” but “aggressive spiritually.” Nonviolence combats the evil committed by individuals rather than combating the individuals committing evil. King says “ The tension is at bottom between justice and injustice, between the forces of light and the forces of darkness. And if there is a victory it will be a victory, not merely for fifty thousand Negroes, but a victory for justice and the forces of light.”

We designed a poster series (on the right) to help the NAACP raise money for their efforts. We crafted the posters with the 2019 theme “The Current Crisis” in mind. The series follows a recognition of the crisis, a coming together, and fighting for racial equity. 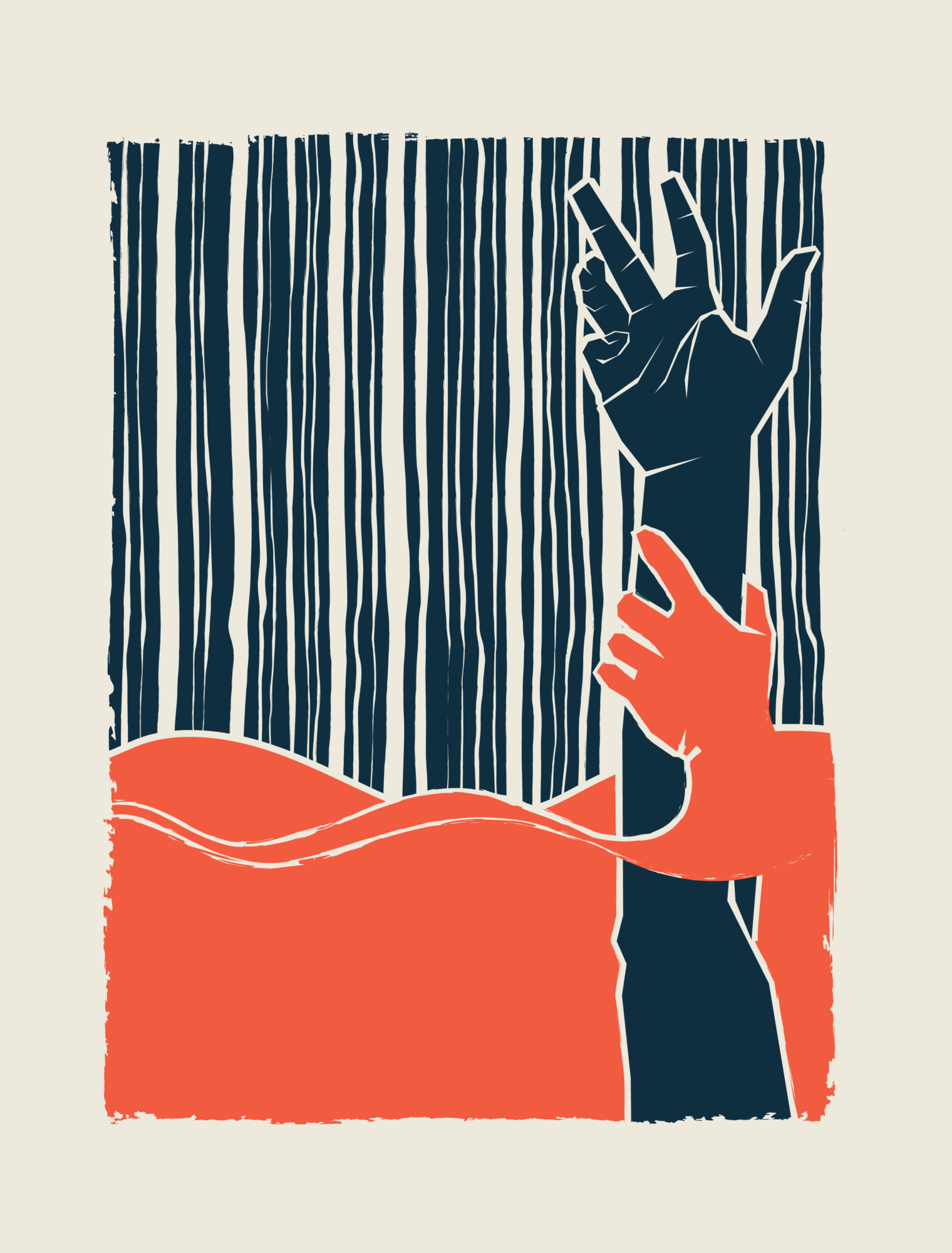 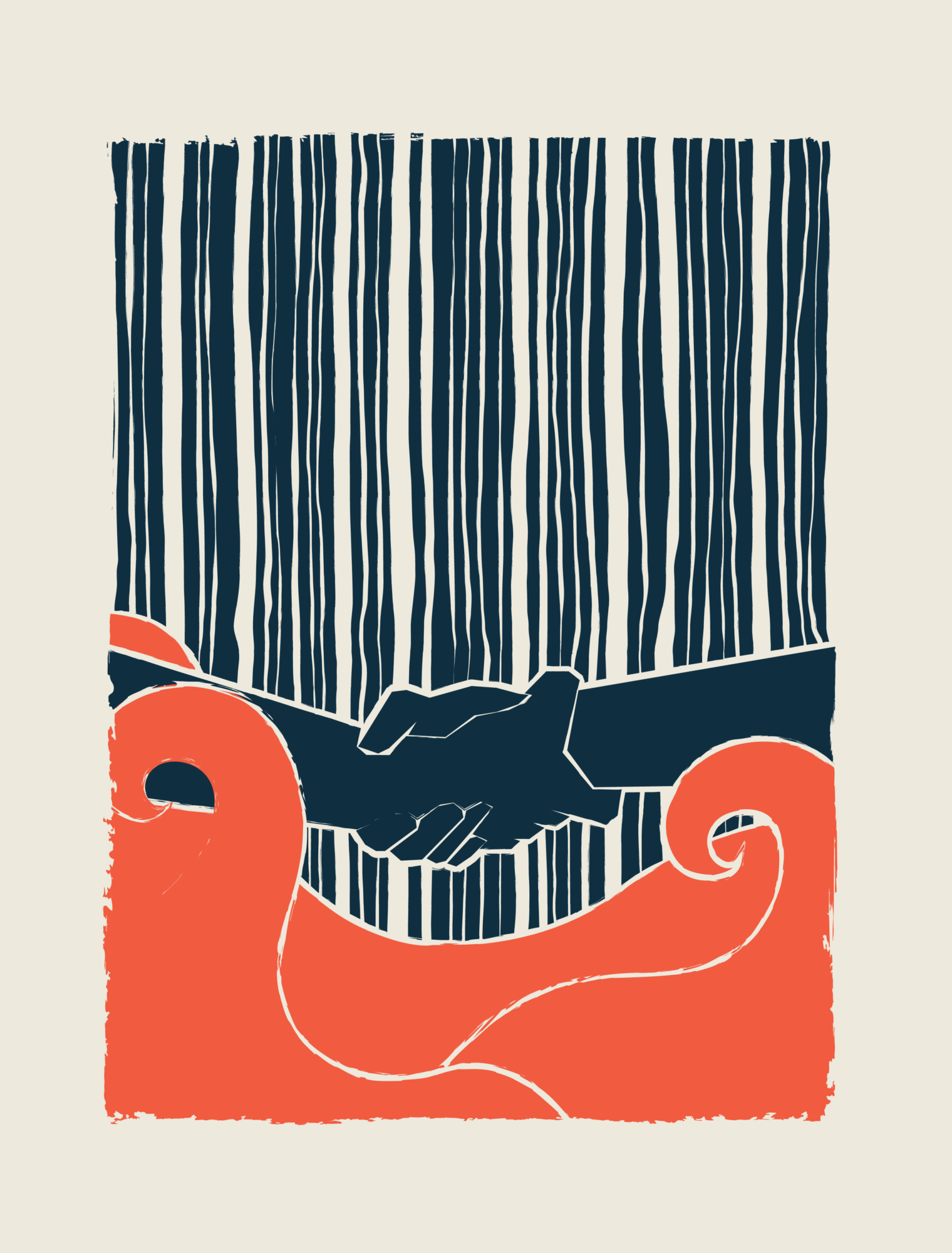 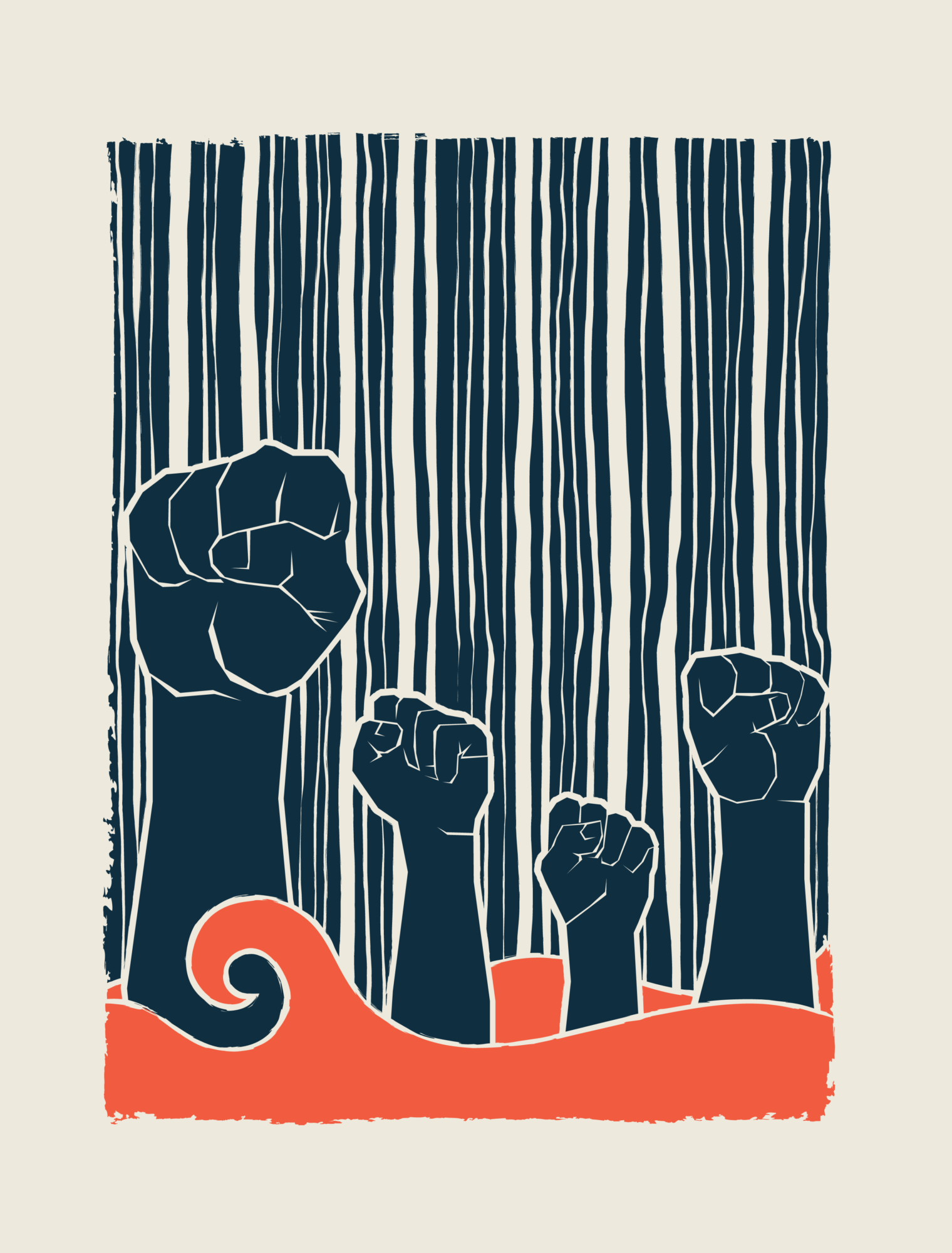