It’s that time of year again! Men As Peacemakers is hosting their Celebration of Community Peacemakers in June! Last year, we branded the event by designing their poster, program, as well as other print and digital elements. Well, we’re back at it! We’ve been working with them to brand their event and help get folks get connected to their fundraiser. This year we chose a design that highlighted elements of community and gave the material a more welcoming feel.

In addition to the branding, Terri and Jordon we’ll be the featured keynote speakers at the event! The team is looking forward to such and amazing opportunity to share Blackbird’s Vision! 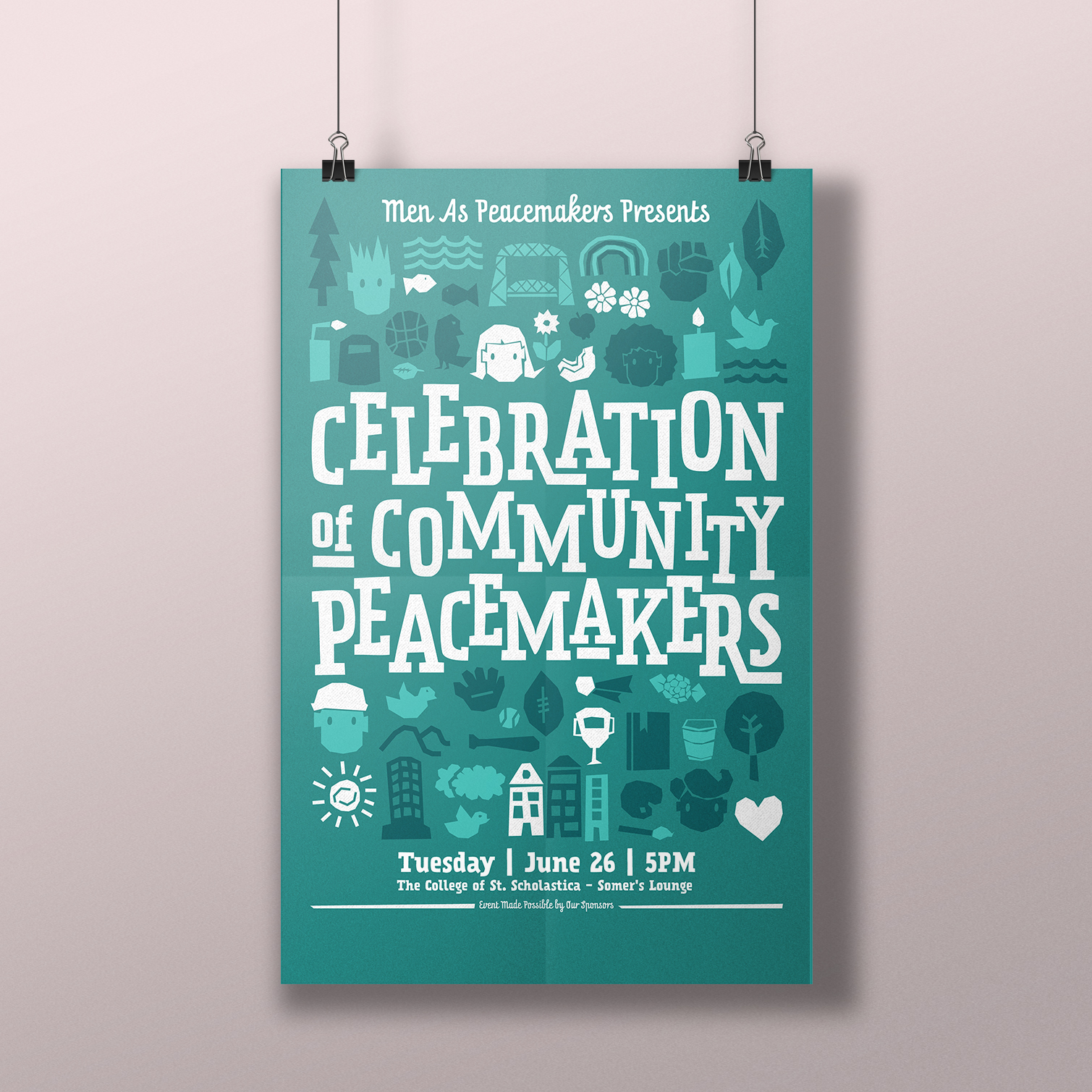 The beginnings of Men As Peacemakers’ (MAP) Community Peacemaker Celebration date back to the beginning of our organization. Our non-profit began offering awards and scholarships to community-nominated “peacemakers” – individuals and organizations in the greater Duluth area who exemplify the work of building peace and promoting non-violence.

There are three awards: the Steve Rolland Youth Peacemaker Award, the Gary Gordon Adult Peacemaker Award, and the Men As Peacemakers Organization Award. The individual awards were named for two people who advocated for peace here in the Duluth community. Steve Rolland, who was a Duluth police officer, known for his compassion and ability to resolve conflicts. And Gary Gordon, a past award recipient, known for his work to bring Duluth’s Islamic and Jewish communities together. Past nominees have included youth service workers, government officials, mentors, educators, and more.

Founded in 1996, Men As Peacemakers (MAP) is a 501c3 nonprofit based in Duluth. MAP is seen as a key resource in Minnesota communities for the development and implementation of innovative, educational, service-driven, and supportive strategies that prevent violence against women and children. MAP’s programming has engaged thousands of folks in sexual and domestic violence prevention and recruited over 2,000 community members to work with over 5,000 youth to successfully reduce violence.

Get tickets or support the event by sponsoring. Simply visit menaspeacemakers.org!